Late-blooming vegan with family in tow? Here are 10 tips to ease your transition 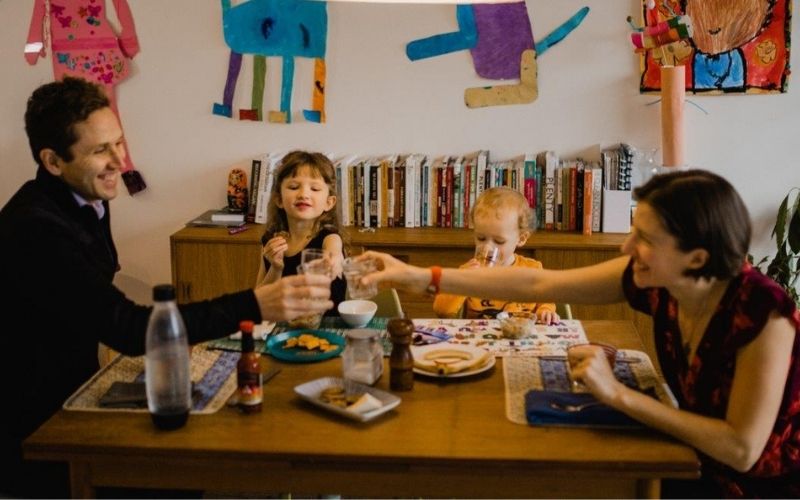 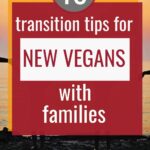 Like so many other vegans, the only regret I have about veganism is not embracing it earlier. Going vegan in my mid-20s would have been so much easier. Back then, I was living with roommates and mostly cooking for myself. I even ate a lot of accidentally vegan food, just because it was cheap. But becoming a new vegan with family in tow was challenging.

This article was first published in 2017 on The Minimalist Vegan.

My transition as a vegan with family

I identify as a “late-blooming vegan.” It was only in my mid-30s that I became truly aware of the many uncomfortable truths of animal agriculture. I was raised on a farm, so I knew where meat and dairy came from. It took me two years of breastfeeding my own child to start seeing things from the cow’s point of view. As a bike commuter and mindful consumer, I previously thought I lived an eco-friendly lifestyle. I am grateful to have stumbled upon a few authors that forced me to reconsider my definition of a good citizen… and to the cookbook authors who taught me to feed myself differently.

Except that my food game was now a lot more complicated than 10 years earlier. I was the primary home cook for my foodie husband and a growing toddler. Up to that point, my husband had enjoyed cooking. He prepared a meal or two every week, but they were always meat- or fish-centric. I felt that, if I wanted us to eat all plants, I would have to take control of the kitchen. As for my 2-year-old, her favorite foods were rare steak, lamb curries and plain yogurt. What would she eat now? Maybe “chickn” nuggets and other meat substitutes can fool kids raised on processed foods, but my gourmet daughter was not very impressed. 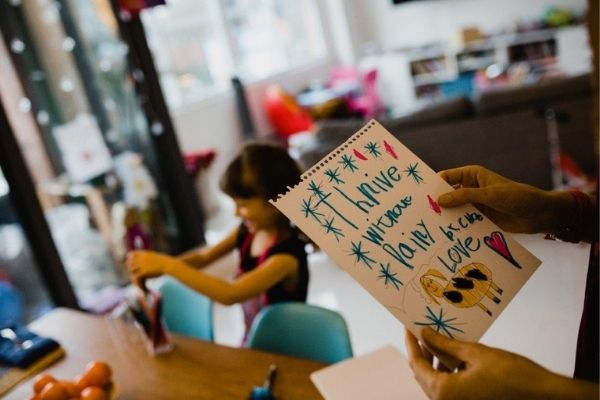 I commend those new vegans who go 100% vegan overnight, but it is certainly not how it happened for us. Over the course of two years, I progressively eliminated meat, dairy and eggs from our family meals. I am not sure what I feared, but I did it stealthily, without talking about it. Oddly, nobody noticed, so I grew bolder. We ate a lot of chickpeas and I discovered that my daughter enjoyed raw tofu. Really.

I started opting for the veg option at restaurants, and my husband enjoyed it too at times. Things went very public, and suddenly highly conflictual, when one night I casually said “no, thanks” to a steak my father-in-law had barbecued for me. My husband was shocked. “But you love steak!” I did, but I am now deciding not to eat it. “What do you mean, you will no longer cook meat?” Well, my dear, I haven’t cooked meat in over a year. “What?! You introduced me to gourmet cheese!” Too bad.

As of first publishing this in 2017, I have now been fully vegan for about two years. My husband mostly embraces the idea of a plant-based diet, but often strays in the candy aisle, at lunch time, and at his mom’s table. Our first born still eats meat outside the house, but hardly ever at home. Our second child spits out the fish my in-laws occasionally put on his plate and is practically vegan. But because my husband isn’t comfortable calling himself vegan, I do not feel that I can legitimately enforce an all-vegan lifestyle on my whole family. We embarked on the family adventure before I started my vegan journey. Empathy fuels our progress even if we can’t achieve perfection at the moment. 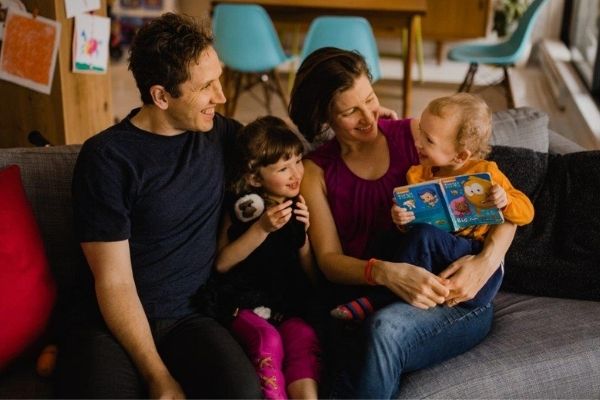 New vegan with family? These 10 tips are for you.

If you have also embraced veganism at a stage in life when you were primarily responsible for the loving care and feeding of others, you may feel torn and conflicted in many ways. Here are a few suggestions based on my experience to continue moving in the right direction:

Once I committed to veganism, I decided I would no longer cook or buy meat. Over time, I stopped buying milk or eggs for my daughter too. I was OK with my husband cooking his own, but he hardly ever did. My daughter is adapting to almond milk in her morning cereal (with some whining). My husband still buys her dairy-laden desserts when they go out without me, but I trust that those will be phased out eventually. Every relationship is different, so you may choose to set your own boundaries elsewhere. I suggest revisiting them every few months to see if you can nudge them a few steps further in the right direction.

Talk about it (but not over a meal)

In an ideal world, two people who choose to live together for love and who go as far as having children would know how to talk about their feelings and beliefs. In practice, embracing veganism can come across as such a radical change that communication may break down. Don’t be surprised to find yourselves honking at each other like cars in a crowded intersection. The V word challenges people in how they see themselves as good persons, and makes them defensive. Michael Ofei of The Minimalist Vegan writes about how to talk with your loved ones about your life change. Follow his advice!

… but don’t talk about it all the time.

My husband and I first bonded over food. We spent a lot of time and money cooking at home and researching fine eateries. A big fear of his was that we no longer would have that part of life in common. Could we still be a couple if we didn’t enjoy cheese together? We found it soothing at that point in our relationship to focus on other things to do. Instead of going on dine-out dates when we had a chance, I subscribed us to a local theatre and we have been going to cool indy shows. Next on my list is bowling. Go for a walk in the park! 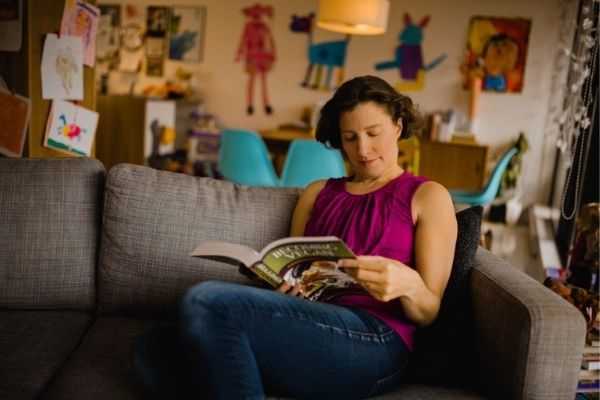 Educating myself about nutrition was especially important when I became serious about feeding my family a plant-based diet.

Get educated about nutrition for yourself and the kids

Don’t be stubborn about it. Learn lots from reputable sources. Especially with the health of your children at stake, you’ll need to dig deep. Reading the book Becoming Vegan is a great place to start, as well as Nourish: The Definitive Plant-based Nutrition Guide for Families by Reshma Shah and Brenda Davis. Dr. Greger’s NutritionFacts.org has the answer to every odd question. Dreena Burton’s Plant Powered Families is a great cookbook with tasty, easy-to-cook, kid-approved dishes that include nutrient-packed ingredients. Dr. Yami, a plant-based pediatrician, also is a great resource!

Start with the sweets (but wait before telling them they’re cruelty-free).

Get a solid baking cookbook from Isa Chandra Moskowitz’s collection (do you want cookies, pies or cupcakes?) and show them that vegan food doesn’t have to mean you’ll be deprived of goodies. One battle at a time: you can start cutting back on sugar in a few months… 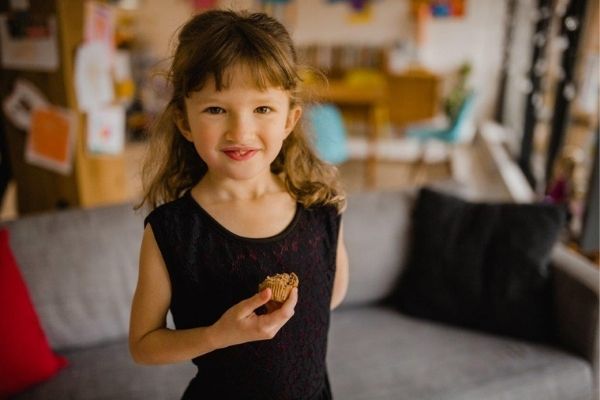 Stick with classic dishes that you already know how to prepare: soups, stews, curries, stir-frys, burgers (using veggie patties), loaded potatoes with beans, and so forth. My guide to vegan cooking for beginners contains many great recipes to get you started. Choose whole foods and fresh seasonal produce, and learn how to make instant sauces to make them shine.

If you are still preparing two completely different meals, stop!

You didn’t sign up to provide restaurant-grade omnivore dishes. Start with the vegan dish and then let them add the animal ingredient on the side if they insist. You’d probably prefer if they did it themselves but I understand it doesn’t always feel possible. Small steps are better than staying stuck. Bulk-cooking the meat will prevent your house from smelling awful every day. If you are the one cooking it all, consider subtly reducing the meat portion over time and increasing vegetables proportionally. Batch cooking will save your soul – even if you just do the minimum.

Know that veganizing favorites may backfire.

The familiar dishes’ comforting taste and texture are etched in your spouse’s taste buds and they may not be fooled so easily. Cheesiness is harder to replicate than old-time vegans would like to believe. You may have more success if you set aside favorites for a little while and get back to them with a veganized version later. Instead, explore dishes from cultures where meat and dairy aren’t so central. For example, Asian-flavored stir-frys can include familiar noodles, fruit and nuts. (My coco-peanut noodles are a family favorite!) Give the new dishes some friendly names. My daughter loves a dish I call Korean Princess Glass Noodle Soup! It may be surprising to adults, but many kids love iron-rich foods like tofu and red lentils (just hold back the chili a bit, and add coconut milk for extra fat). 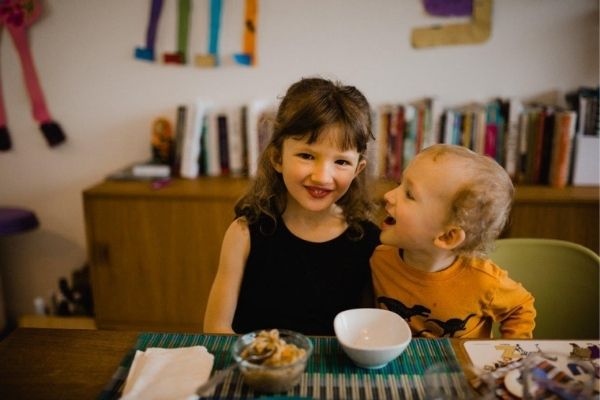 Connect with other vegans in your area, especially families.

There is probably a Facebook or Meetup group for your vegans in your city, and if you are lucky even a sub-group for parents. My area has regular gatherings, which is a great way for kids to normalize their vegan experience. Finding your tribe will help you get to know local resources even better.

Every single question has been asked… many times. Unfortunately, the crowd’s answers can sometimes be harsh for no reason. How discouraging! Use the search function to avoid unnecessary hurt feelings and consult a health professional such as a dietitian, nutritionist or vegan-friendly doctor instead of asking for nutritional advice online.

What was the thing YOU feared the most when you started transitioning your family towards a vegan lifestyle? How did it turn out?

I look forward to learning from your experiences.