My 3 best vegan cookbooks, and more (even if I don’t need another recipe) – no affiliate links! 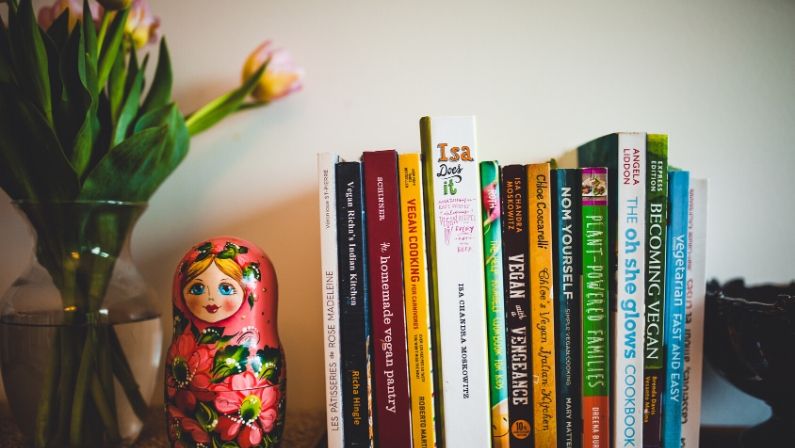 The world doesn’t need another recipe. Even within the narrow niche of whole foods plant-based cooking, there are already enough recipes published in cookbooks and posted online to feed you something different three times a day every day for the rest of your life. And yet, they keep on coming! Every year brings a new crop of drool-inducing plant-based cookbooks. I hardly ever follow recipes anymore (save for those in the Vegan Family Meal Plans), yet I cannot resist buying a few new vegan cookbooks every year, and borrowing a ton from the library, too. I read the introductory sections religiously to learn more about the author’s cooking mindset and parse the recipes themselves to discover new tricks and tactics to enhance flavors and save time in the kitchen. And yet, every time someone asks me “what are the best vegan cookbooks I should get?” my answers are always the same.

Although there are many other great vegan cookbooks out there, I think the top three listed below contain everything you need. By reading them and cooking from them, and paying attention to what you are doing, you will become a proficient plant-based home cook. As you notice patterns arising from one recipe to the next, you’ll learn how to make basic dishes for every meal, gain familiarity with vegan cuisine’s essential ingredients, and become independent from store-bought over-packaged vegan processed food.

As you grow comfortable with general vegan cooking, you’ll probably want to up your skills by exploring other culinary traditions, learn how to replace common allergens for more inclusive cooking, and try out some special-occasion dishes. That’s why I provided a few extra recommendations beyond my list of the 3 best vegan cookbooks. I look forward to you sharing YOUR absolute favorites in the comments below. 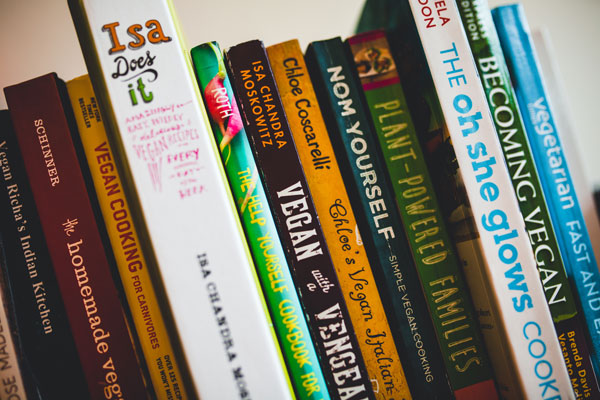 As usual, this blog post does NOT include any affiliate links. If you go out and buy any of those cookbooks, I won’t make a penny. In fact, I recommend you do not buy them – or at least not a brand new copy. I love vegan cookbook authors, but I love books to be reused and reloved. Your local library probably has them on the shelves. Also, these books were all published a few years ago, and may be available at your local used bookstore. For your convenience, I do include (non-affiliate) links to Powell’s City of Books, which will have many second-hand copies of these vegan cookbooks in stock. Also check out listings on Craigslist, Facebook Marketplace, or whatever web site hosts classifieds in your town, you might luck out! I am myself in the process of paring down my collection of cookbooks, but I am not parting with those listed below, so don’t ask me! 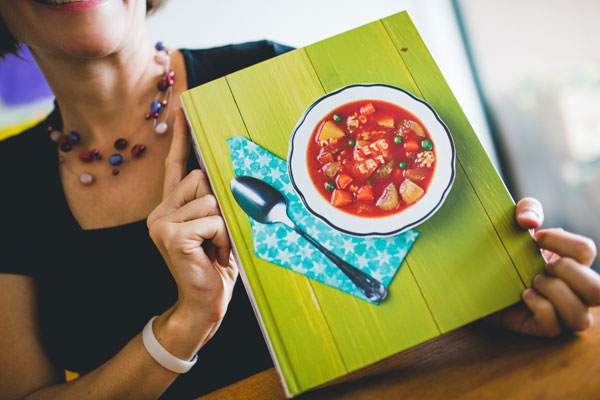 Here is the “true” cover from Isa Does It (under the dust jacket). If I had to eat based on this book’s recipes for the rest of my life, it would be a good life.

This was my very first all-vegan cookbook. If it had been my last, it would have been OK. If I had to spend the rest of my life eating only meals crafted from Isa’s masterful recipes, it would be fun, nourishing, and never boring. Isa is the master of vegan cooking when it comes to all mainstream North American plant-based dishes including sandwiches, burgers, pasta and noodles, bowls, pot pies, brunch fare, and sweet treats. She isn’t uptight about it, but most of the recipes use only a modest amount of oil and primarily whole foods. Plus, the photographs are fantastic. Her fuss-free approach makes a great beginners’ class for any and all cooks interested in vegan cooking. (If you don’t mind cooking without pictures, check out her Vegan with a Vengence also. And if you love to bake, don’t waste your time with other bakers: go straight to her Vegan Cookies Invade Your Cookie Jar, Vegan Pie in the Sky, and Vegan Cupcakes Take Over the World. Her recipes are tried and true, and always work – which cannot be said of all bloggers, unfortunately.)

Vegan for Everybody by America’s Test Kitchen.

I don’t normally link to non-vegan bloggers and authors, but I make an exception for this cookbook for the very reason that it was created by non-vegans. See, after many years as a vegan that cooks mostly whole foods on the healthier end of the spectrum, my tastebuds have learned to appreciate dishes that are quite different from mainstream North-American fare. I no longer crave the mouthfeel of cheese, for example, and I don’t really know or care anymore what a “real burger” tastes like. The authors of Vegan for Everybody, however, created their dishes with regular folks in mind. I am not saying that their recipes will fool meat-eaters, but rather that they have a higher chance of feeling familiar and comforting to those who haven’t yet embraced the wonders of an all-plant-based lifestyle. The introduction sections, including a primer on aquafaba, are worth reading carefully.

All the things you buy in a package, Miyoko will show you how to make – vegan, of course! The Grande Dame of vegan cheesemaking explains and demonstrates tried-and-true techniques to make condiments (vegan fish sauce!), cheesy and egg-free delights (not nog!), flavorful vegetable stocks, meat analogs (unfish sticks! and the amazing now and zen burger.), pasta, sauces, crackers, pancake mix, and more. This is not the stuff of weeknight cooking. But just spending an hour or two on the weekend making your own pantry staples will leave you feeling wholesome and empowered.

Whether you are looking for the perfect pasta sauce recipe, new ideas for pizza toppings, or the right way to make biscotti, Chloe’s got you covered. This book is my go-to for grown-up dinner party fare. (Just don’t go looking for oil-free whole-wheat recipes here.)

Indian cuisine is a natural match for plant-based ingredients, and Vegan Richa will teach you everything you need to know to cook amazing vegetable- and pulse-rich dishes using the full spectrum of Indian spices. Indian cooking is easier than you think – let Richa show you how. 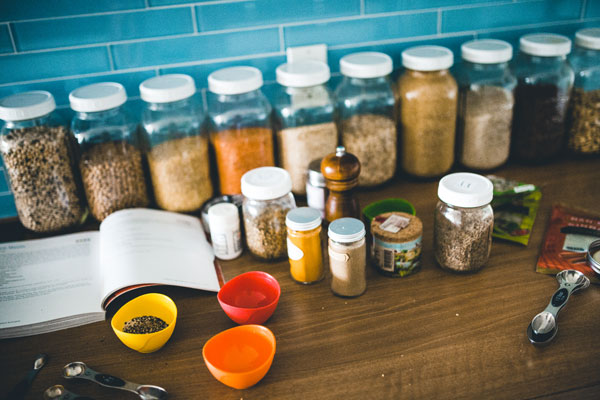 I don’t often cook using cookbooks, but when I do it’s to combine spices just like Vegan Richa.

I love Dreena, a vegan pioneer of 20+ years. She has raised three “weegans” (who are now strong grown-up girls!) and published multiple cookbooks documenting her culinary experiments. Plant-powered Families addresses the specific challenges and rewards of taking one’s family down the plant-based path. The front and back sections of the book include nutritional information that every (aspiring) vegan parent wants to know, plus strategies to handle the social obstacles that come with our efforts to feed our children better. She only uses whole foods in her recipes, so no oil here, and learning from her recipes will teach you to make some dressings and sauces that rock. Some of the ingredients she lists may not be widely available in your local supermarket, or quite pricey, but when that is the case she normally suggests substitutions.

The How Not to Die Cookbook by Dr. Michael Greger with Gene Stone and recipes by Robin Robertson.

If you are dedicated to cooking with only “green-light ingredients,” this book is for you. There is no oil, no added salt, and no refined sweeteners in the list of ingredients here. I love the “simple preparation” recipes provided for things like “Umami sauce,” “Ranch dressing,” and “Healthy Hot Sauce.” Plus, the photographs are stunning. Get inspired to tick all items on your Daily Dozen list!

Vegan Under Pressure by Jill Nussinow.

To understand pressure cooking, and practice it the vegan way, pick up the Veggie Queen‘s book and read the introduction pages carefully. You will never be afraid of your Instant Pot again! (If you have an Instant Pot but would rather not get yet another cookbook, at least purchase the PDF of her pressure cooker timing chart. It’s only $5 and I bet you’ll use it multiple times per week.)

This is perhaps one of the most thoughtfully created cookbooks I have ever seen. Instead of merely printing lists of ingredients and instructions, Heather  demonstrates how key vegan recipes actually work – in their gluten-free incarnations. This is no small feat considering the heavy reliance on the chemistry of gluten in Western cooking and especially baking. From scrambles to crisps & crumbles, including dishes for breakfast, lunch, dinner, and dessert, the genius behind the YumUniverse blog shows how different groups of ingredients are combined to create lovely plant-based dishes. An excellent reference for the gluten-free crowd and for all those looking to broaden their cooking horizons.

Seitan and Beyond by Skye Michael Conroy.

A bible for those who worship seitan! This isn’t a book to get dinner inspiration. Rather, you’ll want to read it cover to cover (or at least the introductory pages of each section) and practice the basic recipes to understand the principles that will allow you to turn vital wheat gluten into the delectable dense loaves of various shapes and sizes that many like to think of as meat analogs. Once you master the fundamentals, you’ll no longer be intimidated to mix up your own seitan creations.

Just because we’re vegan doesn’t mean we can’t follow traditions! Isa created over 250 recipes that totally belong to any special-occasion spread while at the same time being innovative and at times a bit edgy… and of course cruelty-free. Whether you’re hosting Thanksgiving dinner, bringing a dish to a Superbowl potluck, or inviting your family to a Mother’s Day brunch that is kind to all mothers, you’ll find step-by-step help you can trust here.

The Buddhist Chef by Jean-Philippe Cyr.

I love how The Buddhist Chef pares down his lists of ingredients to just what’s needed to yield delicious, comforting, modern family-friendly food. Recommended!

What’s the ONE cookbook you’d take along on a desert island (with a well-stocked supermarket)? Share your favorite below. 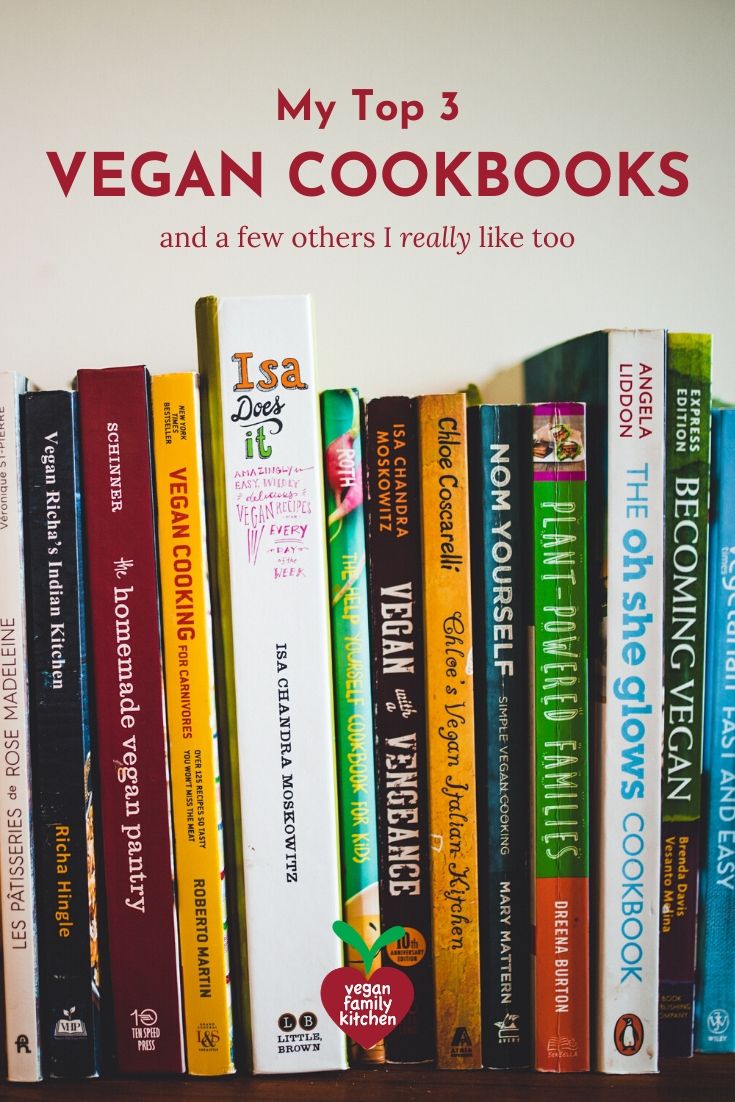