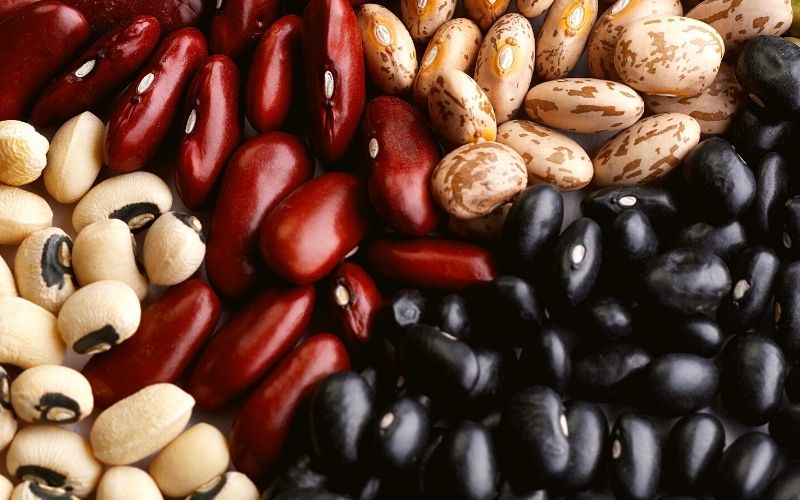 Everyone, vegan or not, should eat at least a cup of cooked beans every day. And what’s the best way to stock your pantry with wholesome beans? In my opinion, nothing beats cooking dry beans from scratch.

And since no article about cooking beans is complete without a discussion of gas and farts, there’ll be some of that sprinkled in, too.

Jump straight to the topics you are curious about

Beans, peas, and lentils: what is this about?

Botanically speaking lentils are close to beans and peas, but they tend to behave different when it comes to cooking, and I will not discuss them in this article. 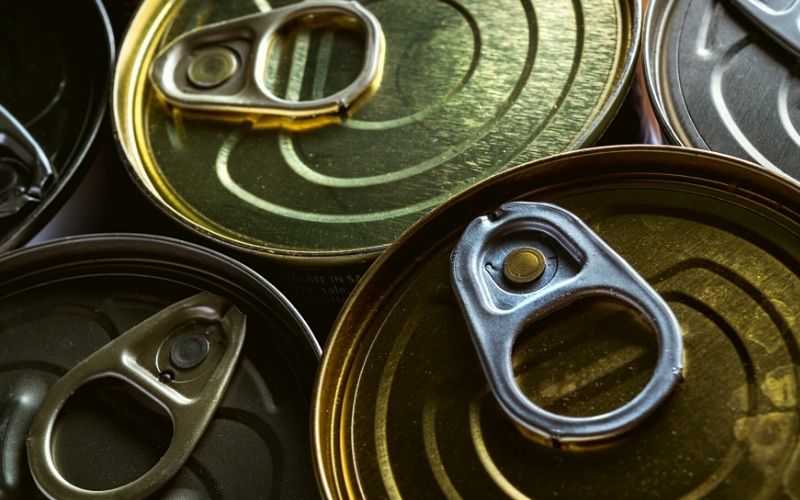 Why I recommend cooking dry beans from scratch?

Yes, canned beans are convenient… or so they seem. But really they’re just moving the work to a different form, person, or time.

Here’s why I prefer cooking dry beans from scratch:

What if you can’t cook dry beans from scratch? Is it OK to eat canned beans?

I prefer cooking my own dry beans from scratch, but I’d rather have canned beans than no beans. I keep a few cans at the back of my pantry just in case, and more in my family’s emergency kit.

The process of cooking dry beans from scratch isn’t as involved as one might think. I think the total time is only about 15 minutes (between preparing the beans by soaking, setting up the cooker, putting the cooked beans away, and washing the pot). But I can see how it might feel overwhelming and just “too much” for many people right now. I get it.

If that’s you, just bookmark this article for later and go download one of my “instant meal plan” templates instead. No worries! 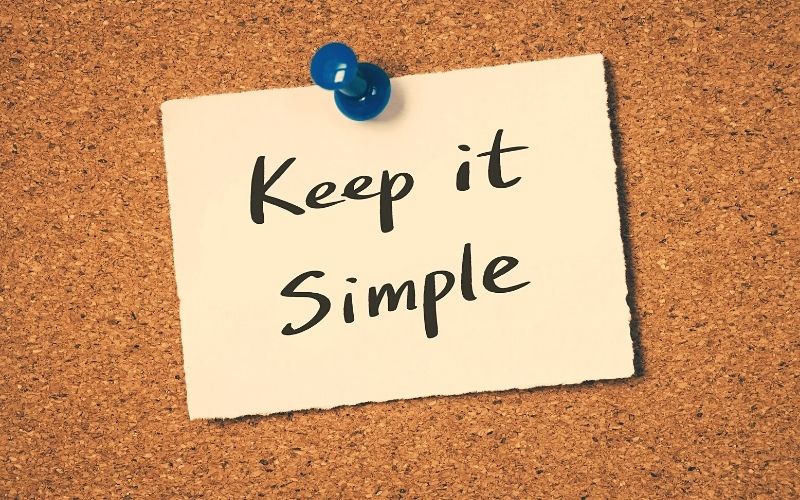 One method to cook them all

Some beans cook quickly while others take their time. Making matters worse, the same beans from different batches – or even from a single bag! – can cook differently. One could study the matter in fine detail and write a book on the topic, but I prefer to use my “one method works for most” approach, as I do for cooking whole grains.

As a general rule, that means I am comfortable with slightly overcooked beans. On occasion, there might be more “blow outs” (broken outer skins on black beans), but really that is a very distant consideration for me. My priority is to avoid undercooked beans, which cannot always be saved once the initial cooking phase is completed.

The most important thing for my family is to have fresh-cooked beans, and lots of them, without having to think too much about it. Accepting life with minor imperfections is what makes the practice of cooking daily meals at home (mostly) from whole foods and from scratch sustainable.

In short, here is my preferred method for cooking dry beans from scratch:

For an explanation of those choices, and for variations, keep on reading.

I prefer to soak beans for 6-12 hours then rinse them with fresh water before cooking for a few reasons:

Typically, I soak dry beans by putting about two cups of them in a big bowl on Friday night, so they are ready to cook Saturday morning. Based on the Vegan Meal Plan‘s weekly prescription, I typically cook two different batches of beans every week. Most of them go in composed dishes, but we also eat a bunch simply sprinkled on salads (or with a spoon). If there’s white beans on the menu, I love to make a bit more to include in my kids’ daily waffles.

What happens if you cook dry beans without soaking?

Cooking dry beans without soaking mostly takes longer, and I find the results less consistent. I hate removing the lid of the Instant Pot only to find out that my beans are undercooked! Plus, the beans may be less nutritious that way.

On occasion, I may find myself without cooked beans in the fridge or freezer. That’s when cooked beans come in handy to me.

If you wish to cook dry beans in an electric pressure cooker (Instant Pot) without soaking, you will need to at least double if not triple the time.

On the stovetop, it will probably take an extra 20 to 40 minutes. See instructions below. 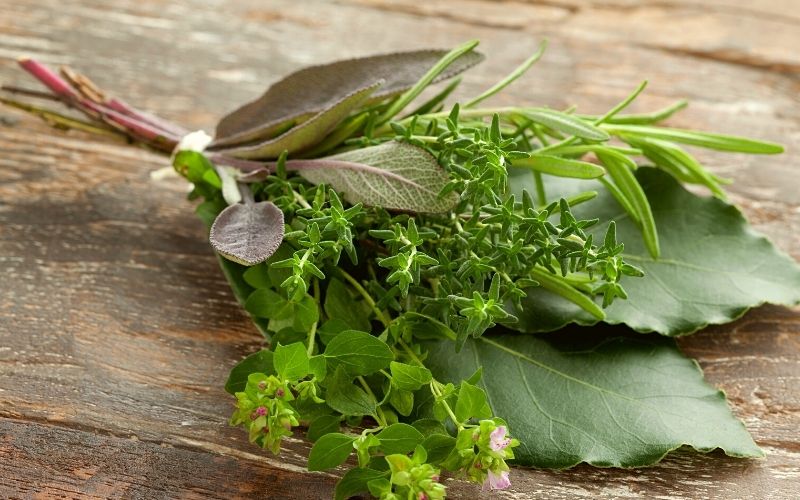 Some food writers with a lot of time on their hands have extensively tested the impact of salting beans on cooked-bean outcomes. There have also been tests involving baking soda.

Though there appears to be some gains to be had in terms of reduced cooking time, better color, and retained shape of the cooked beans in some experiments when adding sources of sodium to the cooking water (salt or baking soda), I do not personally recommend salting beans to cook them from scratch.

Despite the salt industry’s efforts to seed controversy in the debate about the link between sodium consumption and disease, excess salt consumption remains the leading culprit of diet-related mortality. That’s true for people with non-elevated blood pressure, too – despite everything you might have heard to the contrary.

So why would I add a teaspoon of salt (almost 2,500 mg) to my beans when cooking them from scratch?

When living in an over-salted world, the less-explosive taste may takes a little while to get used to – but it’s still the right thing to do, and after a few batches you won’t be thinking about it anymore. 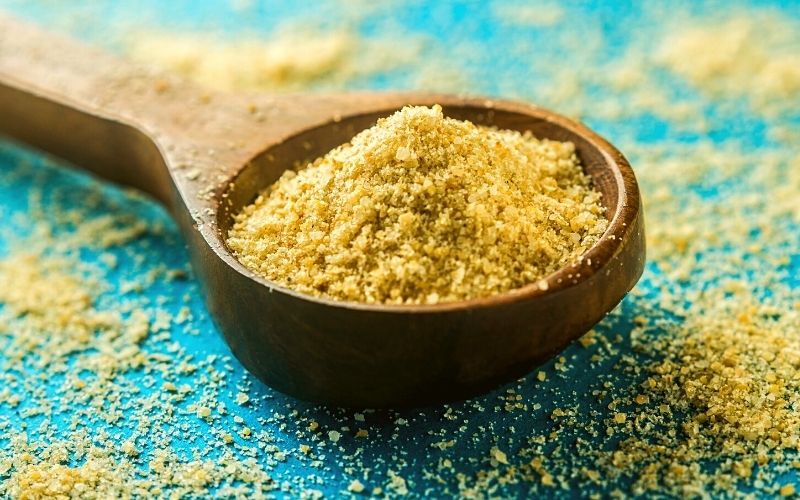 I cook my beans from scratch as a substitute to canned beans, so I don’t personally add seasonings when cooking. Others like to throw in some seasonings straight into the pot to add flavor to the beans. Here are some ideas: 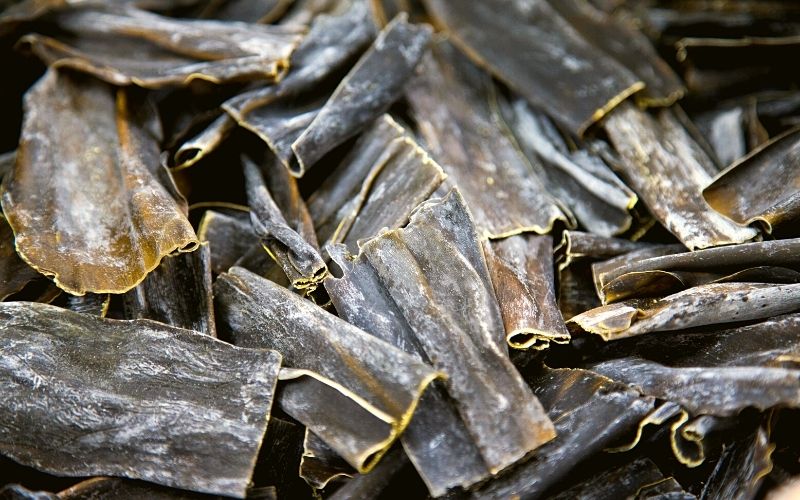 Why do I add seaweed when cooking dry beans from scratch?

Kombu is a sea vegetable very high in iodine, so much in fact that you should not eat it straight up. I add a small amount (approximately 2 square inches) to the water when cooking beans, making sure to remove it before draining the beans. If you regularly use salt in cooking, and more specifically iodized salt, no need to do this.

Stovetop, IP, or slow cooker: what is the best way to cook dry beans from scratch?

My favorite method for cooking beans is in the Instant Pot, but there are other very valid approaches.

How to cook dry beans on the stovetop?

How to cook dry beans in the Instant Pot (electric pressure cooker)?

Cooking dry beans from scratch is the top job of my Instant Pot. Even if that was the only thing it did, it would be worth it for me. 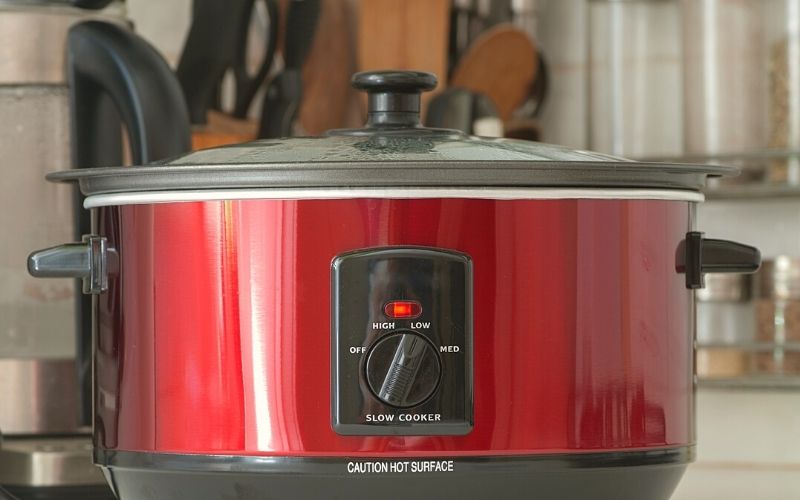 Do not cook white, kidney, fava, black, or other kinds of oblong beans in the slow cooker. Though the risk is low, there is a chance you could make yourself very sick. Why? Some kinds of raw beans contain a protein called phytohaemaggluttinin (latin root words: plant – blood – protein that causes clumping up; translation: not good). Phytohaemagglutinin is toxic and needs to be broken down by cooking for a sufficient amount of time at a sufficiently high temperature. The greatest concentration of this protein is in kidney and white (cannellini) beans, but other beans – even black beans – have enough to cause issues for some. (Read about it in the FDA’s Bad Bug book, page 254.)

If ingested by a healthy person, the “enemy” will be detected once in the stomach, and severe gastrointestinal symptoms will follow, ejecting the toxin from the body. Some people’s bodies may not react strongly enough and grave consequences could follow. So why take a chance?

Unfortunately, slow cookers often do not reach a sufficiently high temperature, or do not stay there for a long-enough time to guarantee that the toxin will be destroyed. The other cooking methods described here (stovetop and electric pressure cooker) are more suitable for cooking those types of beans, and perfectly safe.

The only bean I suggest cooking in the slow cooker is chickpeas. It is in fact my preferred method to generate aquafaba (the “water of beans” that can be used to make delightfully airy chocolate mousse). Rinse 2 cups of chickpeas, add to your slow cooker with 5 1/2 cups of water and a 2-inch piece of kombu. Cook on low for 9 hours. Discard the kombu and strain the chickpeas out, keeping the aquafaba for your other purposes. (Freeze it in an ice cube mold for convenience.)

Lentils are also fine to cook in the slow cooker; in fact I often suggest doing that in the Vegan Meal Plans. 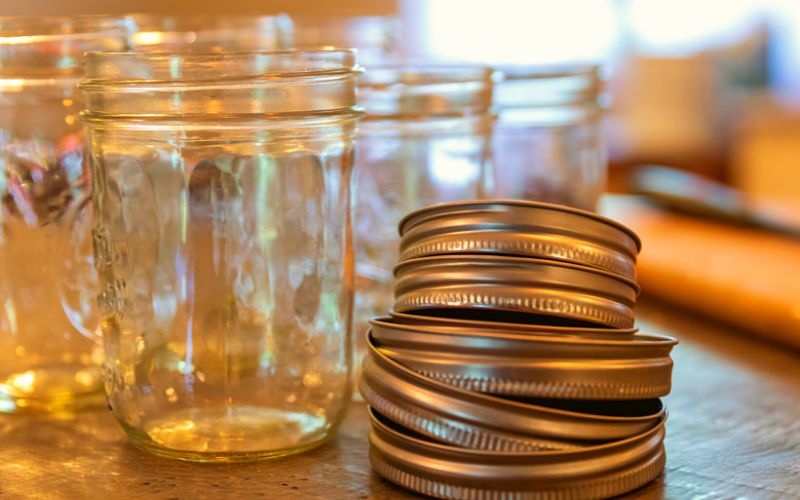 Straight-walled wide-mouth jars are my favorites.

Why some beans seemingly never cook or soften?

If you cook your beans for hours and they never soften, they might just be old. Try to buy beans from a store that moves a lot of them so they are more fresh, and don’t stockpile more beans than you can cook in the next few months.

Cooked beans MUST be refrigerated (they will keep for 5 days, perhaps more if unopened) or frozen.

Here are two good ways to store your cooked beans: 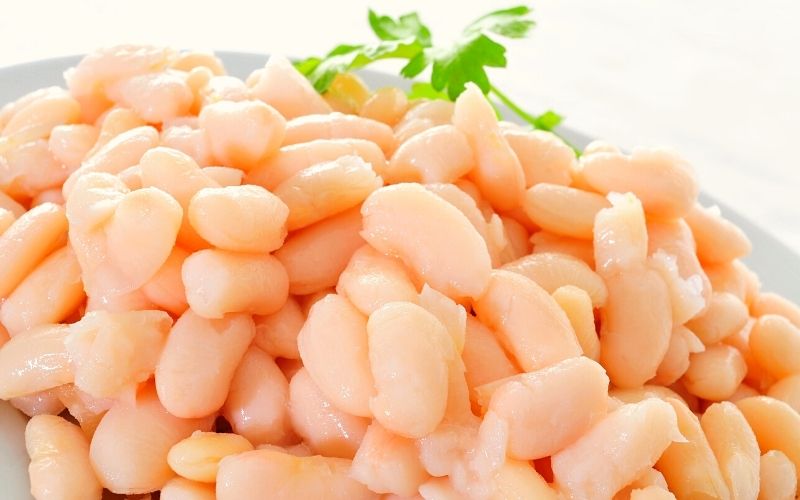 The best thing about cooking dry beans from scratch: eating them!

Make a plan to use some of your freshly cooked beans right after cooking them! They just have the perfect texture and taste then. If I don’t have an immediate plan for a meal, I’ll have a scoop of drained beans with a sprinkle of salt (literally just a few crystals) and a few drops of olive oil. Makes for an amazing snack! Mixing in a handful of peppery arugula would make it heavenly. The greens will immediately wilt when mixed in with the hot beans.

The experience of gas and flatulence seems to be highly subjective, and what seems to be wind storm to some may be just business as usual for others. I suspect that our respective culinary and cultural upbringings have a lot more to do with it than actual biochemical reactions to eating beans.

The vast majority of the population consumes far too little fiber, and likely doesn’t have the kind of gut microbiome that’s used to digesting legumes. Omnivores may thus feel a stronger reaction after having a big bowl of rustic bean soup. If one is experiencing painful bloating, of course a more careful and progressive approach to increasing one’s bean consumption is warranted. If it’s only the awkwardness of passing gas that bothers, it may be time to search Google for “how to fart quietly.” (I can’t believe I am writing this, but someone’s got to do it.)

Soaking the dry beans before cooking is supposed to increase their digestibility by starting to break down the beans’ sugars.

Asafetida (hing) and bay leaves are thought by some to decrease flatulence from bean consumption, but I haven’t found a science-backed source for this assertion. (If you know of one, please hit me up.)

Finally, I don’t want to say that vegans’ farts don’t smell bad… but if there is no rotting animal flesh in one’s bowels, the smell of passing gas would be far less offensive. At least, that is what I have observed when my husband transitioned to a 100% plant-based diet. Stop eating animals and see what happens.

Do whatever it takes to eat your beans

Your future health partially hinges on increasing your bean consumption to 1 to 2 cups per day. As Dr. Greger says, “just stick with it.”