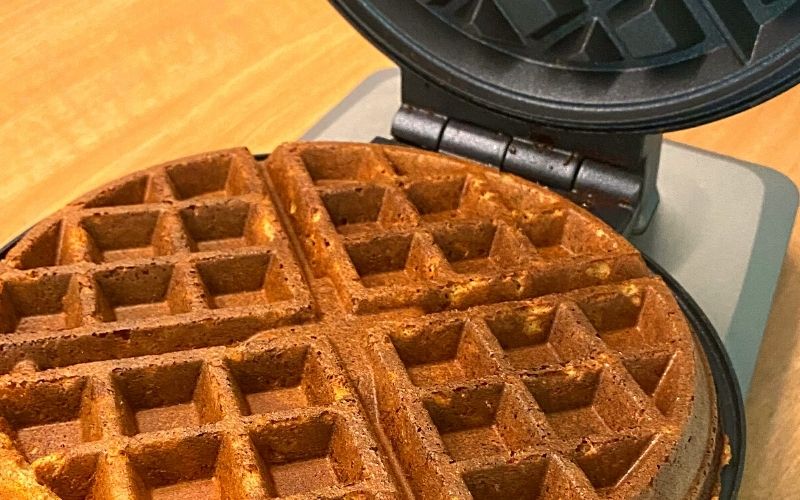 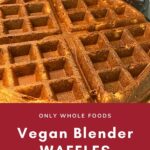 When you have a power blender (Vitamix, Blendtec, or similar), there’s no need to use packaged ingredients like plant milks and ground flax seeds. You can make these super healthy vegan blender waffles using just whole pantry ingredients and no oil.

The start of my career as a vegan blender waffle maker

Recently my daughter asked me to make waffles instead of my regular Saturday morning pancakes. I hopped onto Facebook Marketplace and located a few waffle makers for sale near us. It seems like a lot of people consider them clutter. (Spoiler: if you follow my recipe, your waffle maker won’t be clutter to you!)

By mid-afternoon, I was the new owner of a Cuisinart vertical waffle marker, used once (if that) by the previous owner. I liked the small footprint of the gizmo but really I was a bit skeptical. I thought, “if this doesn’t pan out, I’ll put it back on Marketplace next week.”

Was I wrong! We’re now having vegan blender waffles every day. 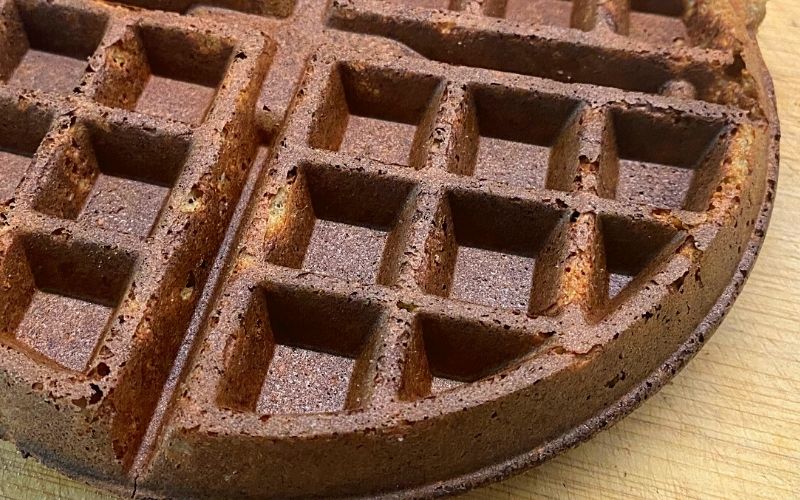 This one turned out a little darker, I must have left it about 7 minutes.

The making of a vegan blender waffle recipe

After I got my waffle maker, I quickly googled for vegan waffle recipes and found tons of ideas using all-purpose flour and plant milks. My kids have been happily scarfing down my whole-everything pancakes made with oats and other whole grains, okara (the pulp leftover after making soy milk), seeds, and dates, so I was not about to habituate them to the nutritional void of plain flour.

Based on my pancake recipe (which I have never written down, sorry!), I threw a few ingredients in the blender and hoped for the best. BAM! It worked.

UPDATE: I initially suggested using 1/4 cup dried dates in this recipe, however I heard reports of the dates taking a very long time to cook, and sticking terribly to the waffle iron. I experienced that same problem myself a couple of times, so I played with the recipe and discovered that using just 1 or 2 small dates (instead of 1/4 cup) completely solved the problem. No-one complained that they weren’t sweet enough. As a result, I have also reduced the suggested amount of water.

Result: the waffle maker hasn’t left my countertop since. As unbelievable as it is for me to write this, I am now making hot, fresh waffles for the kids most mornings of the week. They are super-duper healthy and nutrient-rich, a great foundation for their busy and active day, especially if served with fresh fruit.

These vegan blender vegan waffles are so tasty, nutritious, and EASY that I had wrote down the recipe to share it with you.

All ingredients are vegan pantry staples that I recommend you always keep stocked. 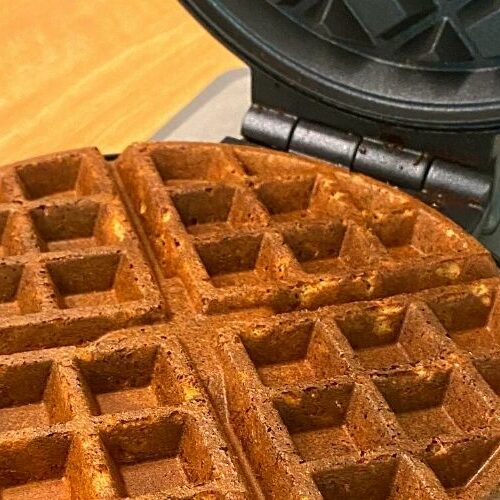 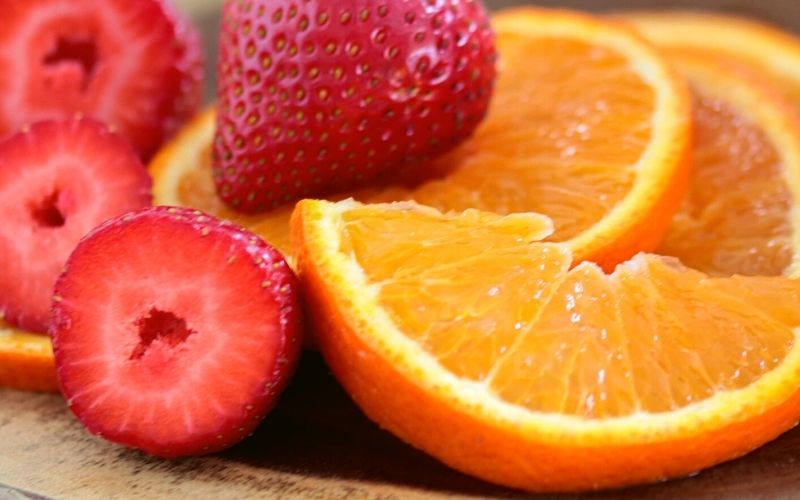 What makes these vegan blender waffles so healthy? 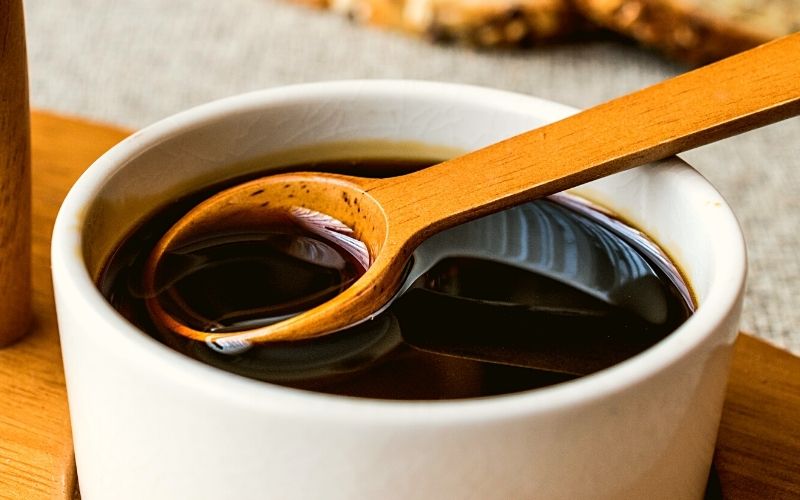 Blackstrap molasses is an unrefined, iron-rich sweetener. It pairs well with the whole grains and seeds in the waffles.

Would I recommend the Cuisinart vertical waffle maker to make these vegan blender waffles?

I think the Cuisinart vertical waffle maker is brilliant! (This post is obviously not sponsored and I am in no way affiliated with Cuisinart.) I got mine second hand for a good price, and I would recommend you do the same. It has a very small footprint on my kitchen counter and I don’t mind keeping it there all the time. It would easily fit inside my cabinets, too. I have used it about 20 times in 30 days and it’s holding up well, plus really easy to clean.

Have you tried making these vegan blender waffles? What are your favorite toppings?