The simplest, healthiest and easiest way to cook brown rice (lots of it!) 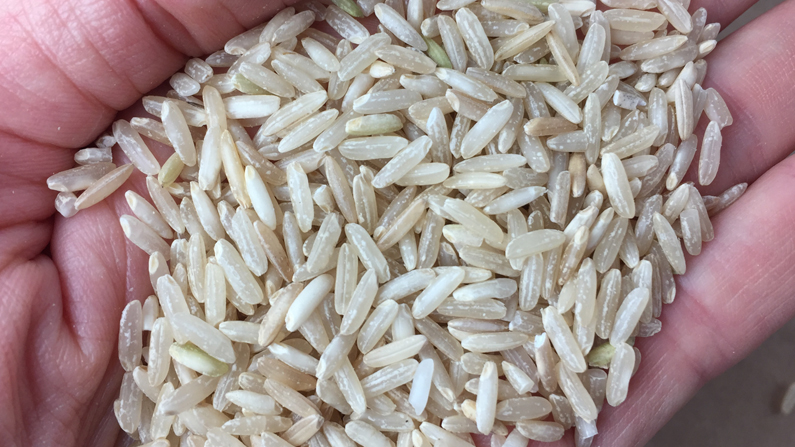 Some changes of habits yield big health benefits. Switching from white to brown rice is one of those. (In case you aren’t already convinced, I recommend watching Dr. Greger’s video on the topic.) It’s really a pity (and a public health catastrophe) that white rice has become standard all over the world­. Historically, white rice became more prized than its whole version for understandable reasons. Being so much more nutritious than white rice, brown rice was always harder to protect from eager rodents and insects, and spoiled faster. However, modern food handling methods solve those problems. So why aren’t we eating more of it? Ignorance of the benefits aside, the biggest reason is probably convenience. But this is about to change for you as I will teach you the easiest and healthiest way to cook brown rice, making it as simple to dish out as a convenience item. 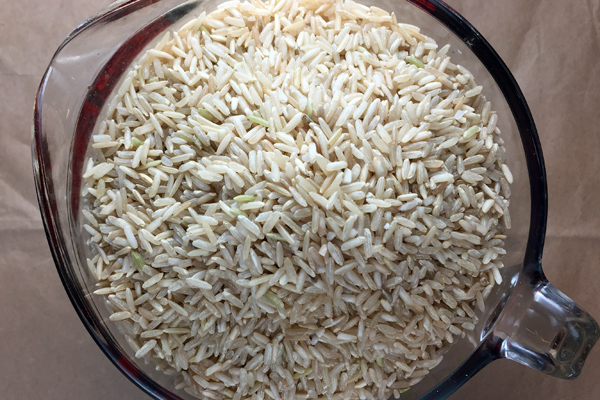 I cook with a bunch of different types of rice, from basmati brown to Bhutan red and wild rice (which actually isn’t rice, but that’s a topic for another day). What is the exact ratio of water to rice needed for each? I don’t know and I don’t care!

I just cook rice like pasta: in plenty of water. After thoroughly rinsing the rice to remove the unappealing dust, I put the rice in a large pot, cover with lots of fresh water, and set it on the stove on “high.” Once it’s boiling, I reduce the heat a bit to keep the bubbles under control and stir once in a while. 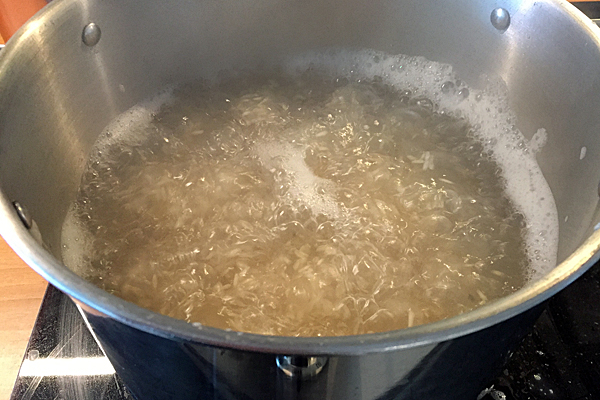 Depending on the type of rice (and how familiar I am with a specific type and brand), I wait 15 to 25 minutes before checking for doneness. I just taste it! If it’s hard, it needs to cook longer. If it’s just tender (al dente), it’s done. If it’s mushy… I’ll remember to check earlier next time.

I turn off the heat and drain the rice through a fine-mesh metal sieve, then I immediately return it to the hot pot – but off the heat – and cover with the lid. I probably get rid of about 97% of the water but I don’t bother letting it drip ’til the last drop. I wait 10 to 15 minutes then fluff with a fork. Done!

No looking up ratios. No brain clutter. No measuring cups. No watching the pot. No scorching. No scolding my husband as he lifts the lid (“Don’t uncover the rice!!!”).

Note that this method does not apply to risotto, which shouldn’t be rinsed at any point (you need all the starches to make it creamy).

Aside from not having to remember the ratios corresponding to different kinds of rice, this method has another benefit: it reduces the amount of toxic arsenic found in rice. And, sadly, brown rice has more of that than white, which makes it all the more important to practice safer cooking.

If you haven’t heard the news about arsenic in rice, no need to panic. Yes, brown rice grown in certain soils (notably those that used to grow cotton crops) contains more arsenic than is acceptable. Yes, arsenic consumption increases one’s risk of lung and bladder cancer. But the risk has to be put in perspective: according to FDA calculations, only about 39 cases of those cancers per million people are related to rice-based arsenic, out of a total of 90,000 lung and bladder cancer cases per million (lifetime based; not per year!) in total. Quitting smoking and bugging your elected representatives for regulations that limit air and water pollution will be more effective, on the whole, than changing your rice cooking methods. Nevertheless, 39 cases per million for the United States and Canada together means over 15,000 people will get lung or bladder cancer from rice consumption over their lifetime, and both of those cancers are quite terrible to have. I prefer to avoid hospitals, and this method of cooking rice is both safer and easier, so why not avoid unnecessary risk?

The toxic arsenic content of rice varies largely based on where it was grown. Some companies claim that their rice has been tested and does not contain notable amounts of arsenic. That is reassuring, however I cannot bother to remember which origins and companies are “safe” and which aren’t. Generally, I mistrust food labeling. Plus, I usually buy rice in bulk to reduce packaging waste, and the provenance of bulk rice is even harder to ascertain. I’ll just stick to a single method to cook brown rice, which happens to be the simplest.

As described in a detailed review of recent studies by Dr. Greger, rinsing then cooking brown rice in a large volume of water as described above reduces the arsenic content to the point where they aren’t significant health threats. It’s worth watching:

As you can see in the video, unfortunately, this method also reduces the amount of iron and of some vitamins contained in the rice, including folate. However, if you are already eating a whole foods plant-based diet with lots of vegetables, you probably consume plenty of those vitamins already – I personally choose to have one extra piece of broccoli and not worry about it.

The convenient way to cook brown rice: batch it and freeze it

A downside of the “cook like pasta” method to cook brown rice is that it takes even longer than the conventional ratio-based method, since there is bigger volume of water to boil. Who has an hour to get rice ready on weeknights? Not me! That’s why I batch cook brown rice.

I thoroughly rinse 4 cups of brown rice, using my largest pot (to swish the rice in lots of water) and a fine-mesh metal sieve (to drain). Aside from removing some of the arsenic, rinsing gets rid of dust of unknown provenance and, to my taste, yields a nicer result (less sticky grains). I find it worth my time.

After the water runs clear, I put the rice in the pot and cover with lots of water. I do not measure exactly, but there has to be about 5 to 7 times more water than rice. I put it on the stove on “high” and it takes about 15 minutes to come to a boil on my glasstop. I reduce the heat a bit, stir some, then partially cover the pot. Generally, the rice is tooth tender after 20 minutes or so, but I don’t really watch the clock. When it’s done I drain it through the same fine-mesh metal sieve, return it to the pot and let it steam off for a while – at least 15 minutes, often more as I’m busy cooking something else. (It depends on whether I need that big pot for something else!) I fluff with a fork and distribute across labelled containers in family-sized portions. I keep whatever we’ll eat in the next 4 days or so, and freeze the rest. Voilà!

If I think about it, I transfer the frozen rice to the fridge the night before, but usually I forget. I uncover, sprinkle with a little water and thaw then heat in the microwave. The whole process takes about 10 minutes and yields perfect brown rice, just as good as fresh. If you do not have a microwave, reheating on the stove works great as long as your rice was previously thawed. Thawed rice is also perfect for fried-rice-style dishes. 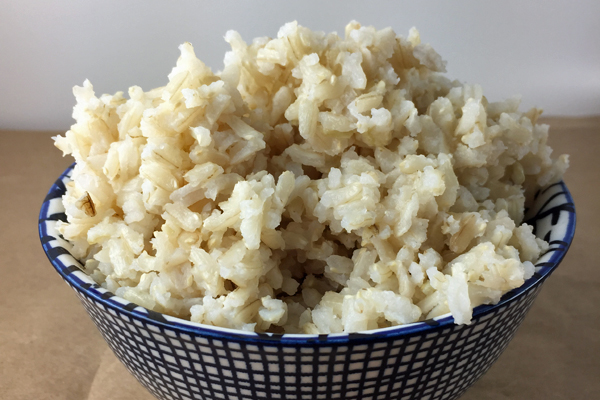 Print Recipe
The easiest way to cook brown rice (and lots of it!)
Read it once and remember it forever.
Ingredients
Instructions 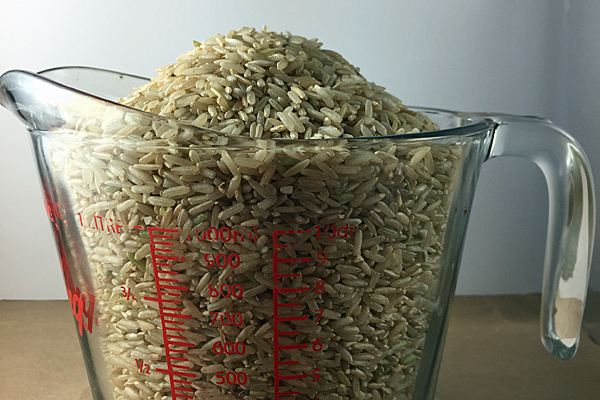 What about rice cookers and Instant Pots?

I would not recommend trying this method in a rice cooker – if only because the pots aren’t usually big enough to accommodate so much water.

I have yet to try this method in my electric pressure cooker (Instant Pot), however I have heard of others who have tried it and report success. I would personally fear that the rice would overcook while the pressure is coming down naturally. I will try it with a small quantity and update this post whenever possible. In the meantime, if you have tried it, do let me know by commenting below! 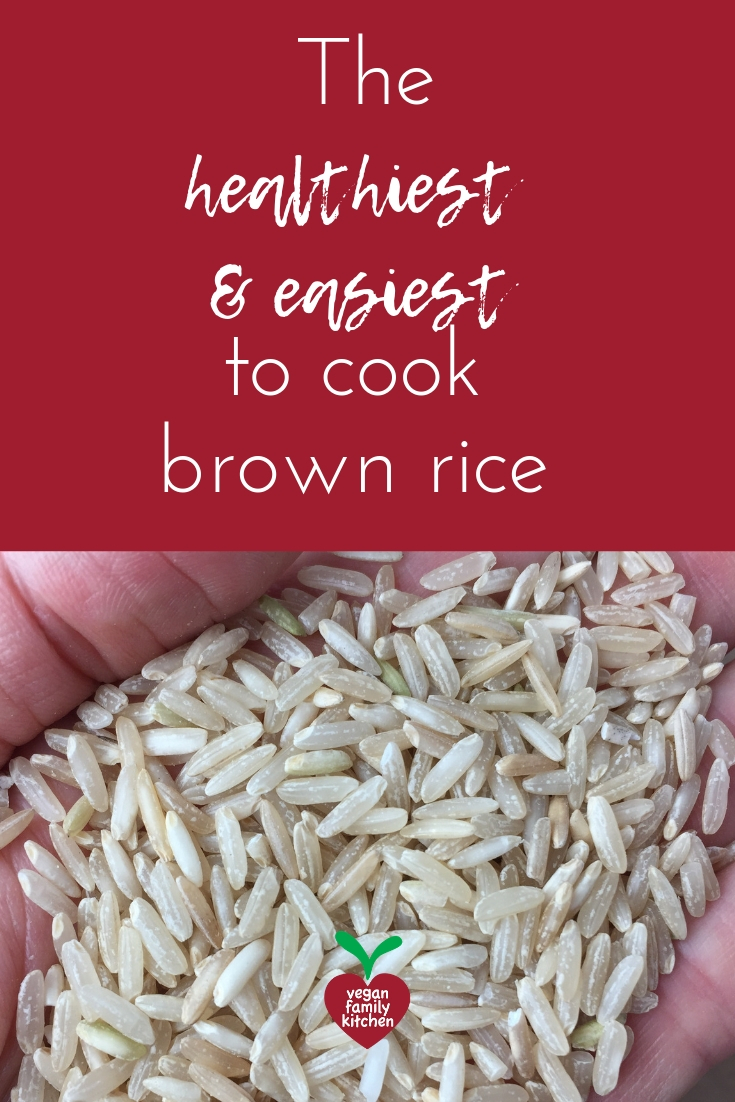 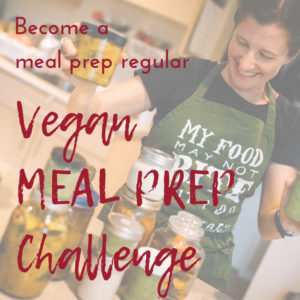 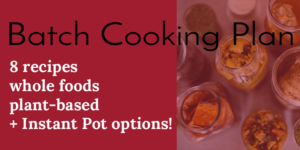